Nucleation and growth of antropogenic aerosols 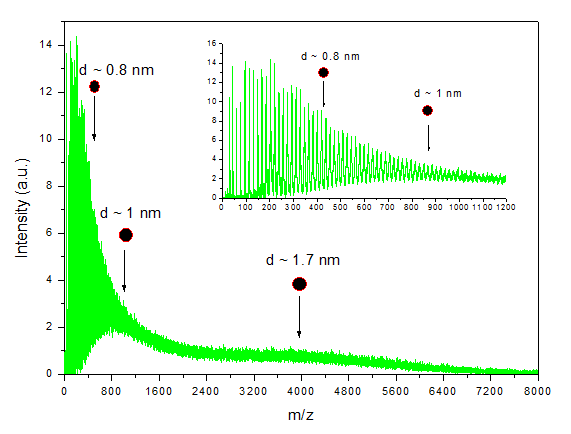 Nucleation and growth of antropogenic aerosols

Aerosols, namely particles  with sizes from few nanometres to several microns suspended in a gas, are ubiquitous  and constituents of atmosphere.  Since 2005,  in the Laser and Mass Spectrometry Laboratory of Istituto Motori, investigations on the new particles formation are carried out by monitoring the nucleation of vapours in laboratory experiments and by studying structures and energetics of clusters  as possible seed of nucleation.

Time-of-Flight Mass Spectrometry (TOFMS), in combination with Molecular Beam (MB) and near-threshold tunable Single Photon ionisation (SPI), is the method used to study the clusters as precursors of aerosols.

The main features of near-threshold ionization, with photon energy tunable in the 7-12 eV range, are a) the reduction of fragmentation of weakly bound molecular complexes, and b) the possibility of (selective) ionization spectroscopy.

Experiments on sodium-doped molecules are in progress, in order to realize aerosl sizer based on UV ionisation and mass spectrometry.

The Na-doping method consists in the attachment of a sodium atom to the molecular complexes to be ionized. As a result, a substantial decrease of the ionization potential of the complex determined by the Na atom occurs, enabling an almost fragmentation-free ionisation by UV lasers

The aim is to enhance the detection of aerosols and then to allow a focused study about the influence of antropogenic emissions on the aerosol formation in the atmosphere. 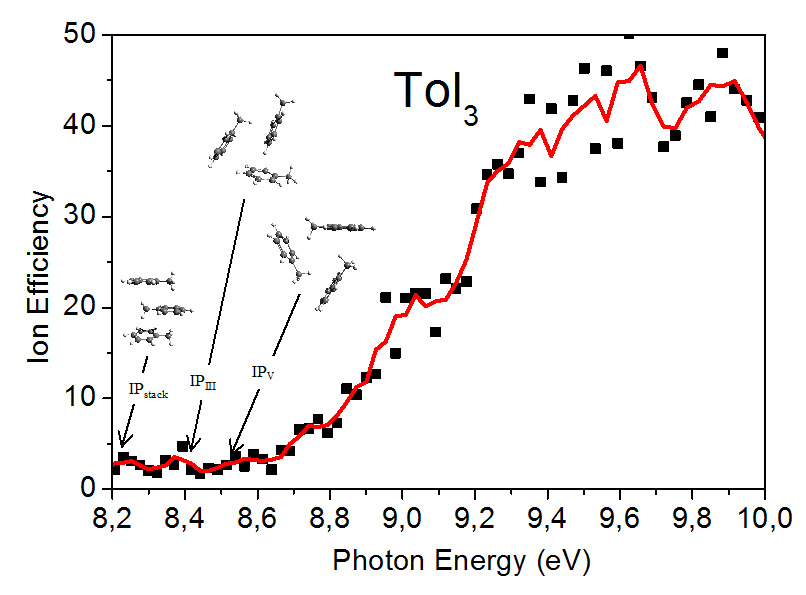 VUV-SPI photoionization of toluene clusters. From the comparison of Photoionization Efficiency (PIE) curves and DFT calculations on stacked and not-stacked cluster structures, it resulted that the most probable growth mechanism for toluene clustering involves the dimers as nucleation seed. 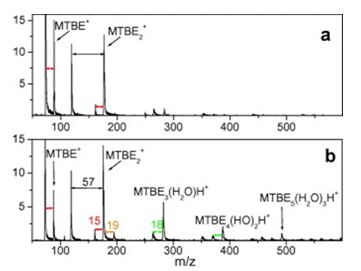 Photoionization process in hydrated clusters.  The addition of water to the cluster aggregation may have significant effects: the high stability series detected in the mass spectra of mixed ethers-H2O clusters results from multiple proton transfer mechanisms  whereby,  following the photoionization,  the clusters rearrange  by allowing a proton to migrate from ether molecules, and then to the water molecule, to which it bonds by forming a stable H3O+ core. 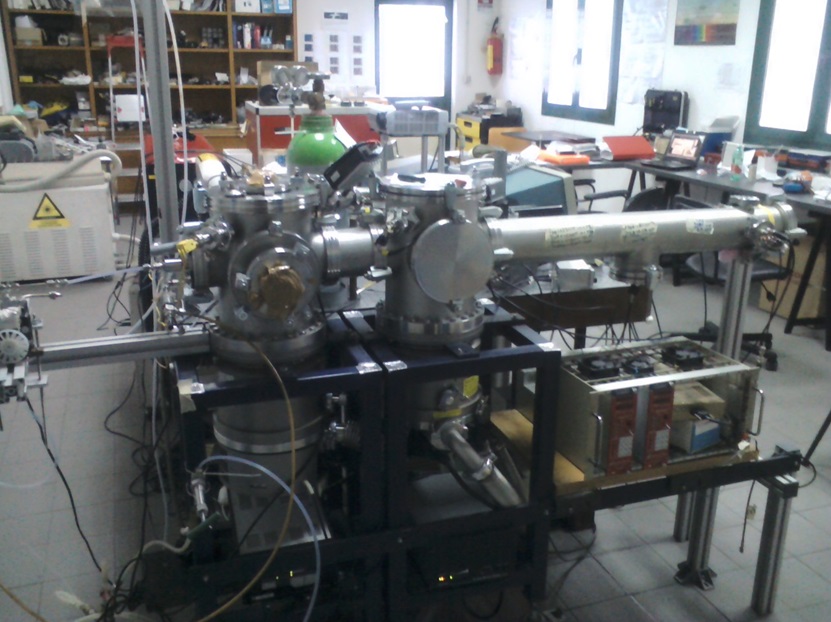 COOPERATION is ongoing with the following research teams: